If you accidentally saw a post on facebook regarding a pantyliner that I posted on their facebook page, it was not my intention to let the public see. I was just thinking if Biosilk should take note of this since a packet of Biosilk PantyLiner cost about RM11. 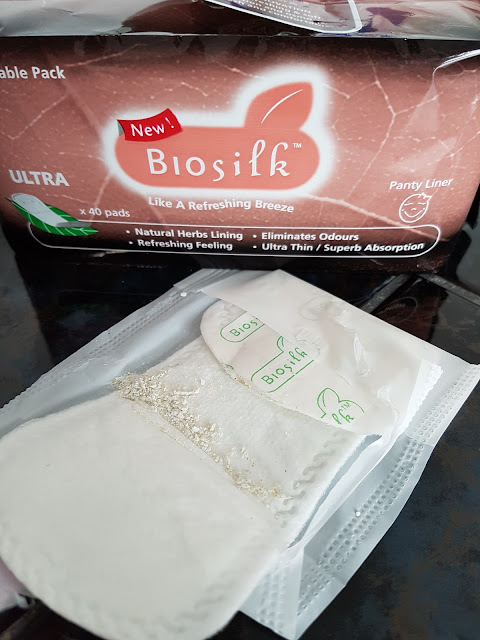 It was to my shock when I opened up a new pack of Biosilk Pantyliner and dust flew out from that piece of pantyliner and made me cough. I am not exaggerating. Look !! 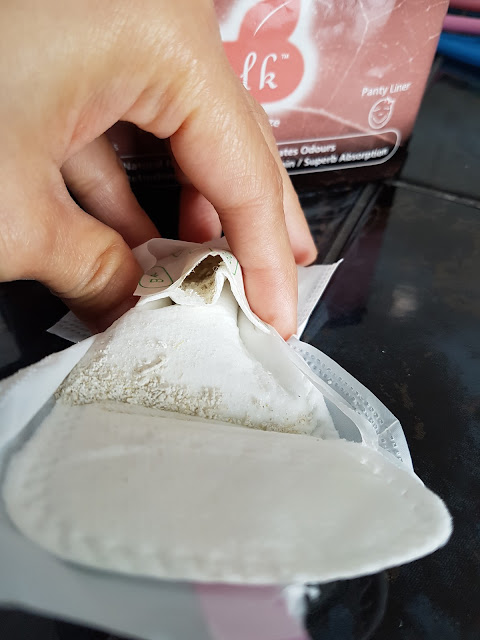 After I posted, I left my phone in bag and off we went out for brunch and few hours later when I got home, when Athena was sleeping, I took out my phone and was surprised to see notifications from friends and others on this post. This is not the first case if you check out their "Visitors Post" tab. 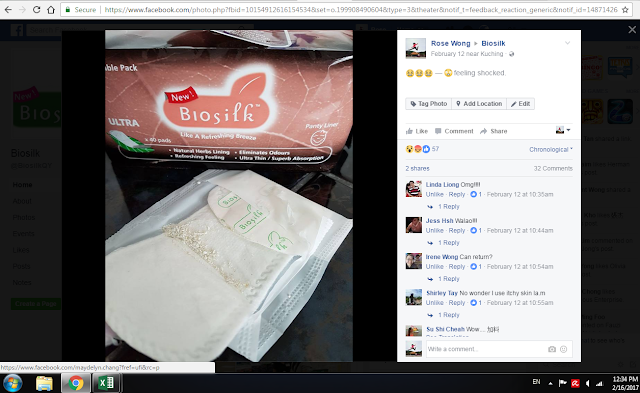 One of the Biosilk representatives from Kuching contacted me and wanting me to give back this pack to them and they will return a pack to me. I told her that it will be too time consuming if I were just to meet her to change a pack of pantyliner. I said it doesn't matter because

#1: I wasn't expect anything from them so I threw the dusty pantyliner away after I took the photo of it.

#2: If I were to meet her up, meaning to say, I expect something more than just a pack of pantyliner.

That is why I said it is too time consuming. Day time, I am busy with work. Evening time, I wish to have my own time because being a wife and a mother to a baby, when you have "free" time, it means a Bonus to you.

But she insisted saying her boss wants that pack of pantyliner. I ignored her message because I told her the above reasons and she doesn't seem to understand me.