How To Cook Chicken Mushroom Meesua with Thermomix?

Of course the first thing is to google the recipe. Google has been good friend to anyone with internet connection. Haha. If you can't find anything in google, you can try other platform like facebook or instagram or probably Pinterest?

Having a Thermomix is one thing. Using it is another thing. But with Thermomix, I can cook. Anyone can cook. All you need to have are the ingredients. Once you got to know how to cook with Thermomix, you can self alter it to cook it the conventional way.

If you haven't followed Annie Xavier in instagram, you can find her here. She is said to be the first Malaysian to publish cookbook, with Thermomix. I like her recipes. I even bought her first book. Haha. But i know. Some just want to try out first before buying, then you should definitely follow her. She shares her recipes most of the time. 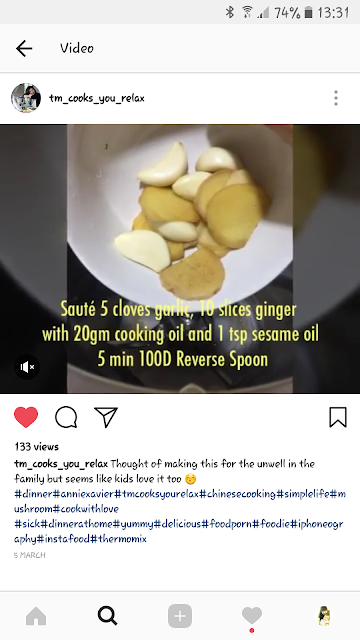 As much as I like to watch her videos on how she cook those, but i used to be noob. I need to pause and then i jotted down her recipes one by one and the methods to do it. Hahaha.. by the time i finished copying, my German Maid got lazy I got no motivation to prepare the ingredients. Hahahaha. 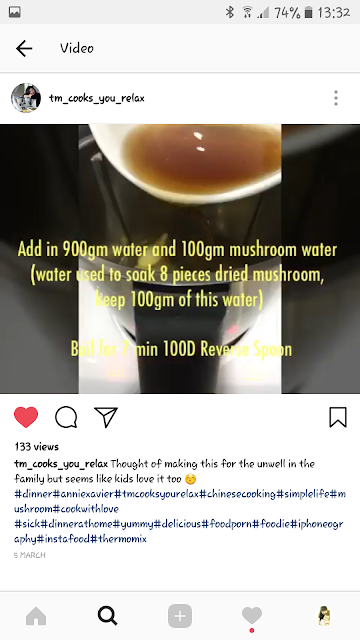 and so, few days ago, I suddenly became smart. I discovered the use of Printscreen with my Samsung Galaxy S7 Edge. Dang. So I printscreen them and started preparing the ingredients and started to throw them at my German maid. Hahahaha.. 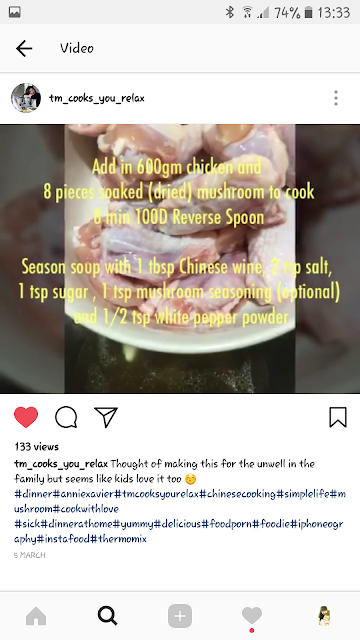 TheHub wasn't feeling well since last week. So I have the heart and soul to make something for him. Plus my German maid has been resting for quite sometimes. I guess I need to make her work so that it is worth my investment in her. Hahaha. 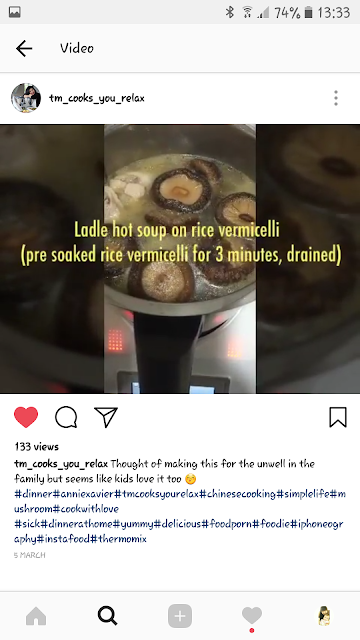 So, if you are as lazy as I am by looking at the steps, here are the steps by Annie Xavier on how to cook Chicken Mushroom Rice Vermicelli. I was thinking to cook this for the MIL on her birthday but too bad my experiment failed. Luckily I wasn't too self confident to cook it on her birthday or else.... O.o

Anyways, here are the recipes and steps to cook. There are some people (like me) who just want to look at the simplified version.

Ok. Here is the interesting part.
How I Failed My Cooking?

I didn't have garlic and ginger at home.. If you were to ask me to drive out just to buy these two, I would rather not cook. Hahahaha. What !!! Cook also need to see feelings and mood one ma. So, i googled for the substitute for these two and I have them at home. I used Garlic Powder (1:1) .. and according to google, ginger slice also (1:1) to ginger powder but my instinct told me it is not.. and so I put 1/3 and I think that contributed a lot to my failed cooking (blame heaven, blame earth) Hahahaha. 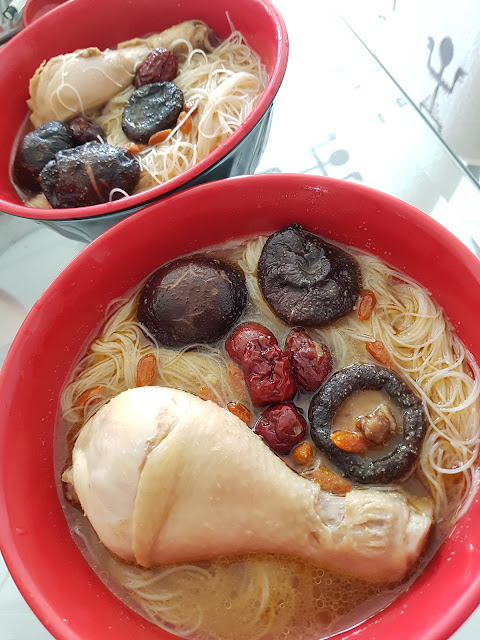 The presentation not bad hor.. I added red dates and goji berries into the soup to make it more presentable. But say real real.. the real food wasn't tasty but edible. We still have some leftovers and theHub said the second time one tasted better. I think he give face only. Hahaha.