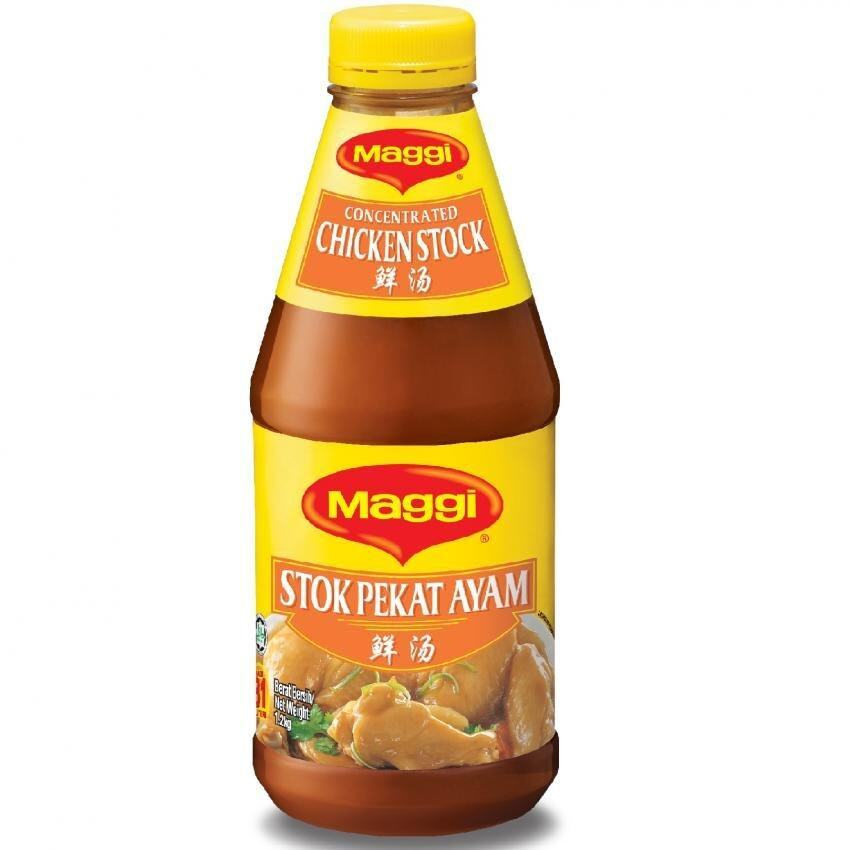 I have seen this kind of Maggi Chicken Stock or the cubes one since i was young.. cos Mama used to use a lot.. hahaha.. I say a lot because whenever we go sundry shop, she will buy big bottle instead of a small one. Oklar.. to be fair, she cook a lot at home, unlike me. So buying big bottle makes it cheaper and easier so she doesn't have to go buy all the time. Hahaha.

Since I bought a Thermomix few years ago, if you asked me it is worth the buy. I would say it is a yes for me. I do not cook at home (before married) .. and I seldom cook at home (after married) .. Hahaha.. but when I want to cook, I will la.. sometimes, or most of the time, eating out is so much easier. Go YongSiang, pay RM4 can get 2 vege 1 meat. Go market, spent so much. Cook them, tasted not as expected. --> EmoMe.. hahahaha..

So, once in a blue moon, I will browse through facebook or blogs to look for recipes for something that I thought I might like it. Chicken stock is not something that I like but I thought it will be good to have own chicken stock at home. We used to do it once with the Aunty who sold us the Thermomix but I never got the chance to try it. So, last night I made my own from the recipes I got online.


Those are the ingredients and steps I found online from fionwarmdelightskitchen. Following most of her ingredients, not all cos you know.. sometimes when you bought certain ingredients, you thought it is enough, but it is actually not :(

Garlic 71g cos taking out one will make it less than 70. More is better than less for this i guess. Haha.. 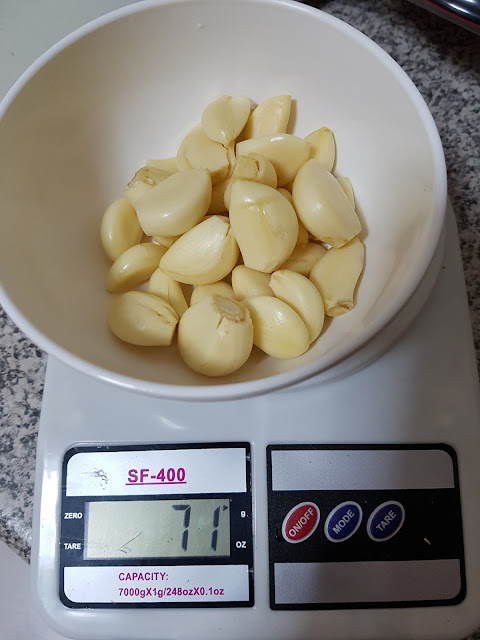 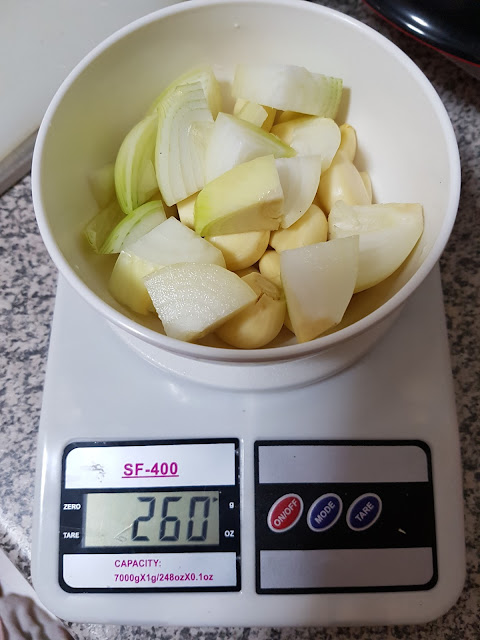 I bought Chicken 344g from Cold Storage but unfortunately the skin is hidden below the boneless chicken.. cheat me again.. so in the end the chicken only weigh 278g. 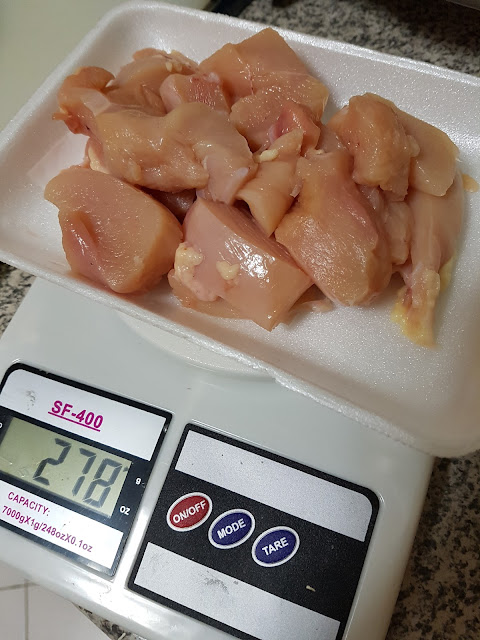 Leek, some said only the white part.. i mix a bit of green part cos if really really white part only, I would not have enough to make the chicken stock. So, my Leek 63g. 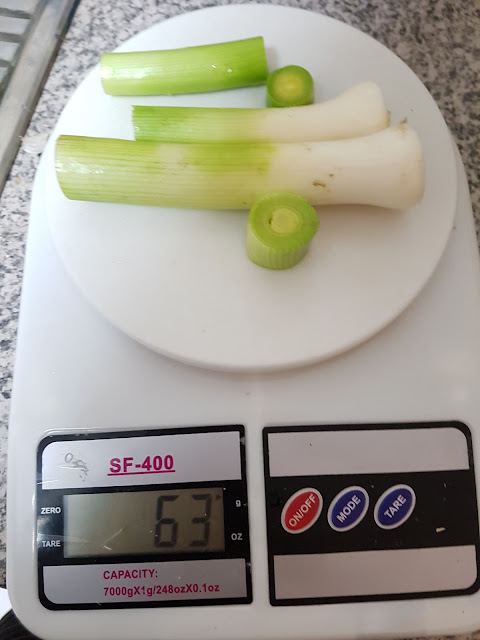 Sea salt supposedly 120g according to ingredients but I am afraid it will be too salty so i only put 56g. 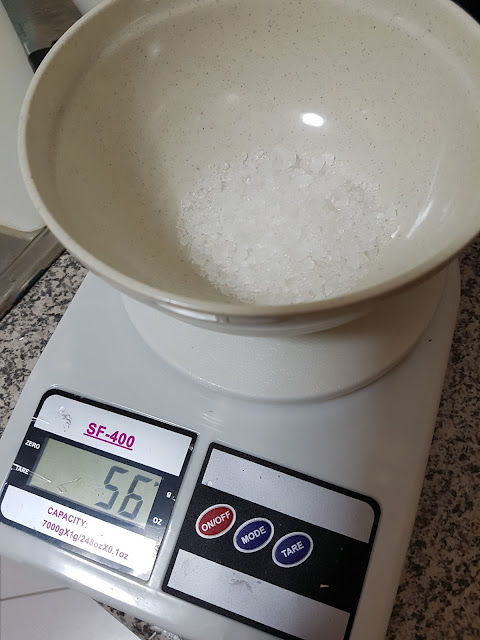 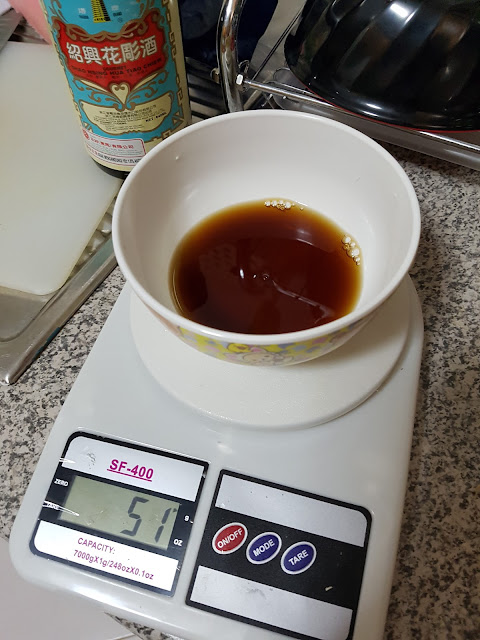 The initial ingredient was Coriander Seeds.. but we could find it in the supermarket so we got Ground Coriander instead. It says 10 pieces of Coriander seeds but i failed to google how heavy is 10 pieces so I just put 1 tsp to try it. Haha. 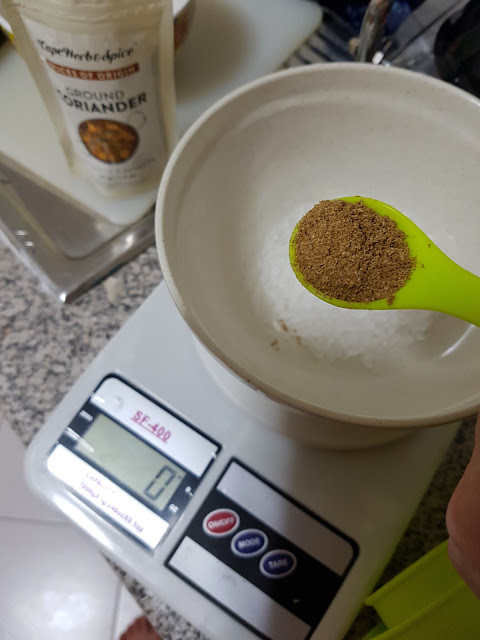 And then I put all my ingredients in, exclude seasonings into the TM bowl to chop at Speed 7, 10 seconds. 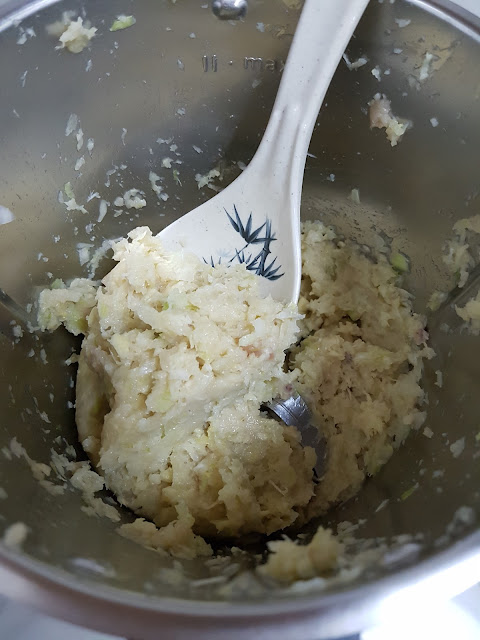 and finallyyyyy.. pour in the seasonings and cook for 25 minutes, Varoma, Speed 2. 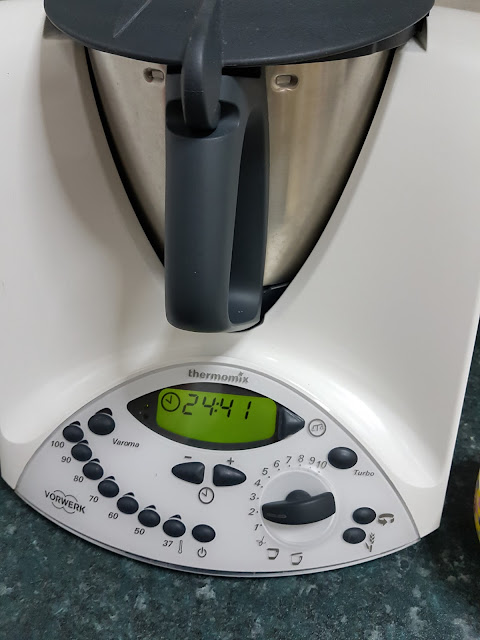 Initially I wanted to make it Chicken Powder like they did, but my mission failed. I guess I didn't put in oven for long enough to let them dry. I baked them for 30 minutes, under 150 degree, left it for another 10 minutes inside the oven before I took it out to blend at Speed 10. It was still wet, so I will just consider it as Chicken Stock instead of Chicken Powder. Hahahaha !! 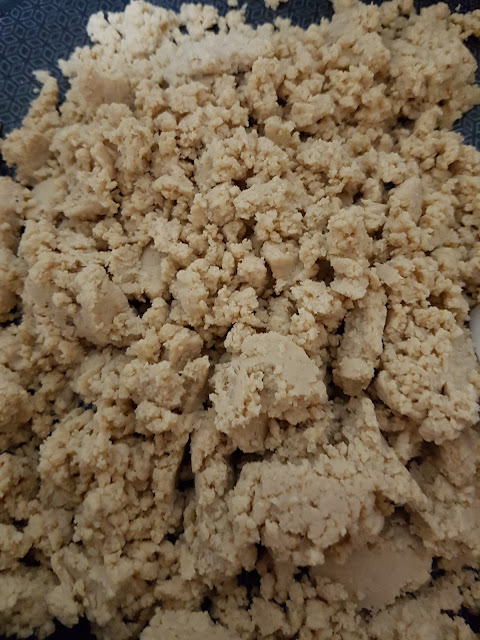 After finished cleaning up everything. I look back at the source. I discovered I left out two ingredients, Cloves and Parsley. 🙊

I haven't tried to cook them with my homemade chicken stock. I hope they taste good. 😊