Out of the blue moon yesterday, I decided to do some cooking after being hibernate for a very long time. TheHub has been in the kitchen since my confinement (or even before I gave birth to my second baby) and I did no cooking at all during that time, except to heat up my food using microwave and did some dishwashing.

Since theHub decided to eat less and cleaner because he thought his current weight is a bit too much for him to handle, so being a supportive wife, I decided to let the German Chef to do its work.

I did searching on Facebook page and found a recipe which I like because the preparation (other than buying the ingredients) looks easy. 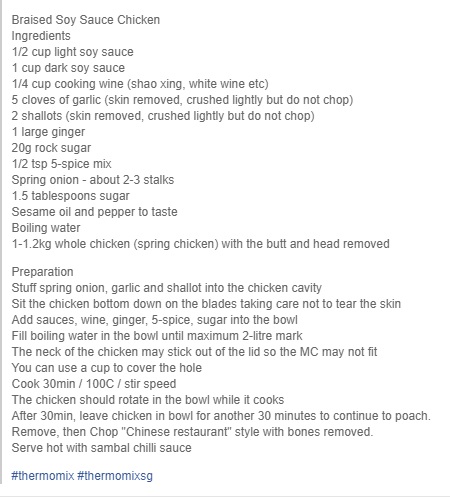 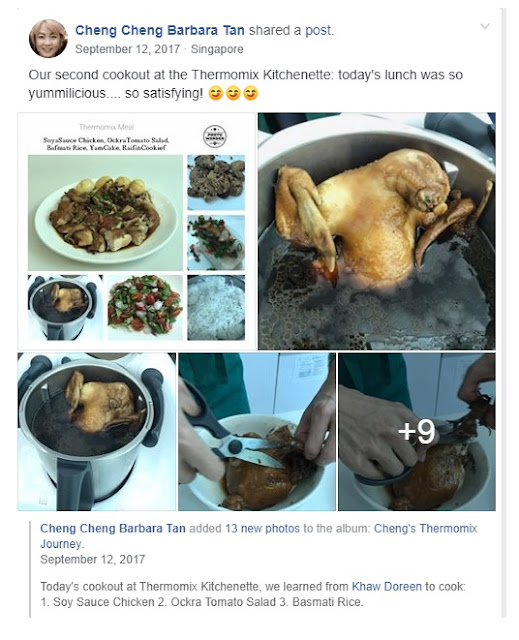 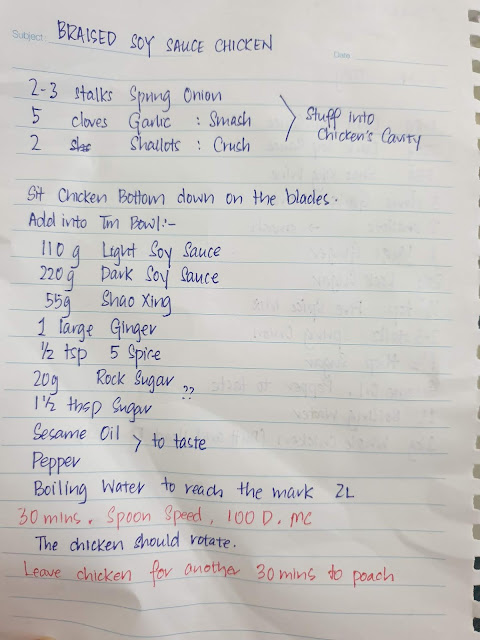 I did a super quick clean up on the whole chicken that theHub bought from AEON Kuching because my baby was crying and Athena was requesting this and that. Thanks to theHub for helping to take care of them while I was in the kitchen.

Ok. So, normally those chickens that I bought elsewhere were cleaner as in like no chicken feather on them but yesterday the one from Aeon Kuching needs more time to clean up.

Anyways, I did a little adjustment to the written ingredients above because I did not expect the whole chicken to be that big. 1.68kg. Wahlau. This chicken so fat.

One hour later, this is how it looks like. 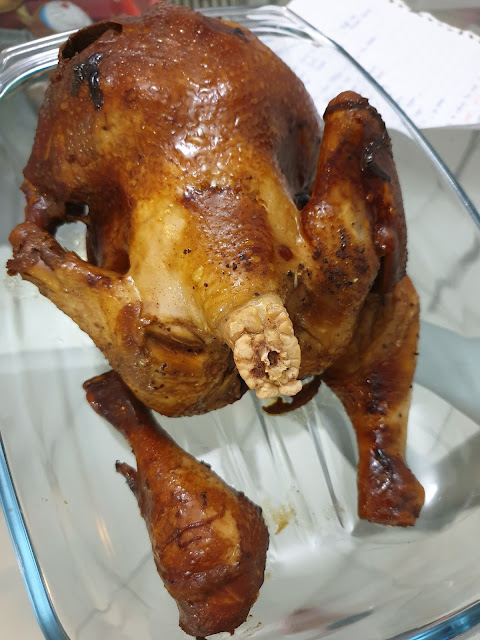 Oh oh.. did I mention that I asked theHub to buy a small chicken weigh around 1kg and he bought the smallest chicken he found that weigh 1.68kg?

I couldn't sit the chicken in my small TM31 bowl so i decided to chop off its drumsticks to try again, hoping that this situapui can fit into my TM bowl.

hahaha.. so glad that in the end it managed to sit in properly with a bit of force to close the lid.

In my next attempt of using the same recipe, I would like to buy only drumsticks or thigh so that its meat marinates and probably juicier. 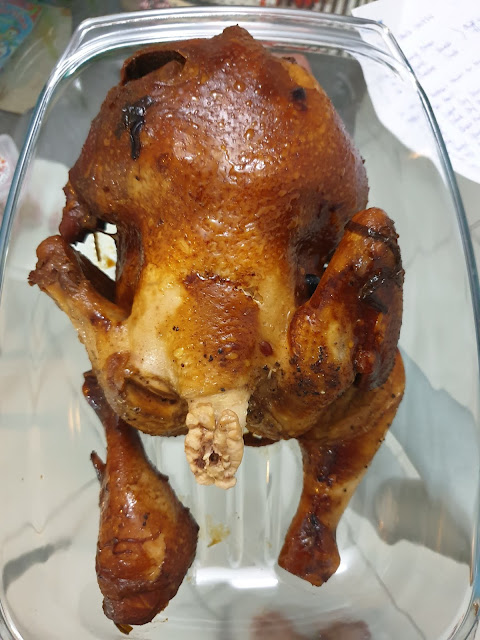 If you own a Thermomix, whether it is TM31 or TM5, do find in facebook for a group called Thermomix Truly Asian. (or just click on the link to join group).

You can find many inspiring recipes in there shared by many TM Sifus .
Have fun cooking .